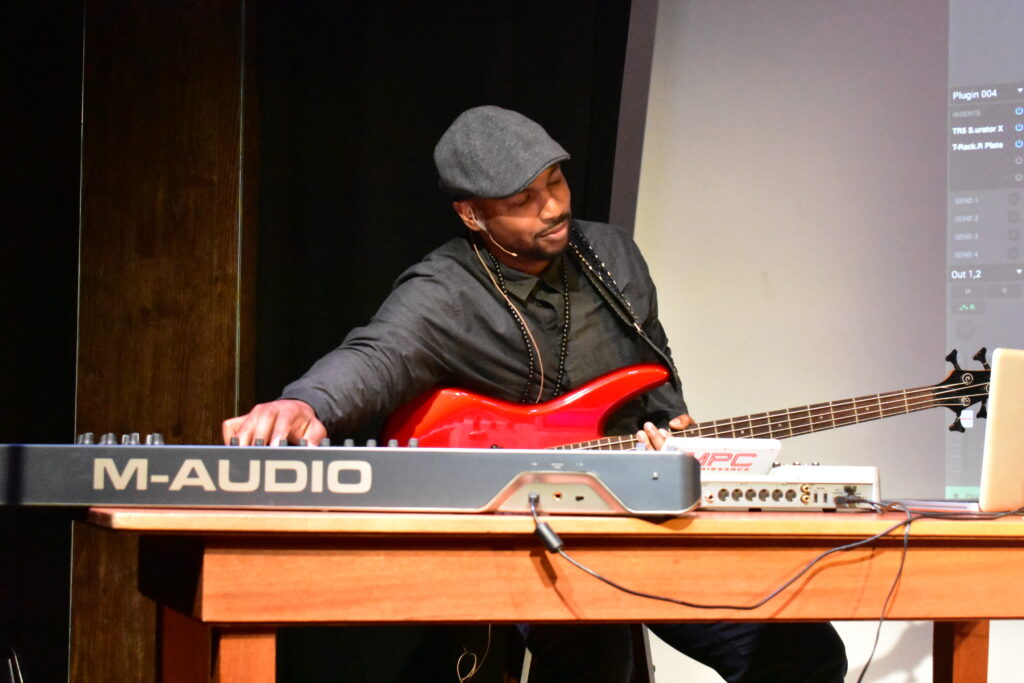 Seek the path, do not seek attainment... #WeAreInfinite

GREG HOWARD is a musician, producer, emcee, film composer, and multi-instrumentalist from Cleveland, Ohio, currently residing in Brooklyn. He is the former Director of Special Projects at the Harvard University Hip- Hop Archives and Research Institute and a founding member of the hip-hop band Poetic Republic.  With nine films to date, he is becoming a highly sought-after composer for indie film producers. Howard continues to bring his talents to producing, mixing, mastering, and arranging songs and albums for artists across genres. Howard’s love of music and its production makes him the tantamount gear-head. His in-home studio is testament to both analog gems and cutting-edge technology alike.